Diamond Select Toys (DST) has released a deservedly praised line of resin busts based on character designs from what's known as the DC Animated Universe (DCAU) Timmverse -- Batman: The Animated Series, Superman: The Animated Series, Justice League, Justice League Unlimited, and Batman Beyond.  So far, I've collected only the female characters, but I decided to get the Batman Beyond Terry McGinnis Masked Bust when Entertainment Earth offered it for $28 on 11/20/2019 during its pre-Black Friday sale.  This bust (Edition Size: 850) and a masked variant (Edition Size: 450) were first offered at SDCC 2017.  In April 2018, DST released a third bust in an action pose (Edition Size: 3000 like most of the other Timmverse busts). 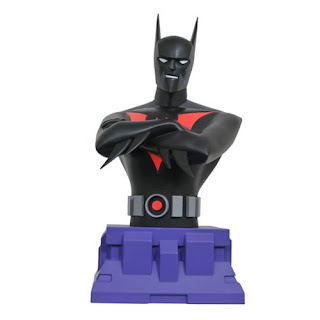 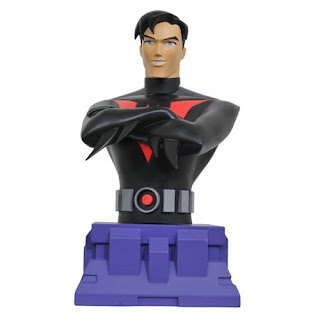 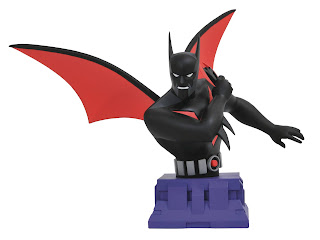 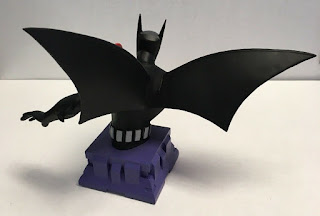 Of these three, I've always thought that the SDCC 2017 masked version looks the best.  The head sculpt on the unmasked version looks disproportionately big.  The action pose bust looks fine, but the wings might take up enough space to prevent easy placement amongst other busts.  (From what I can see, the wings aren't removable.)  I'm surprised that DST manufactured 3000 of the action pose bust since the SDCC busts are still available for MSRP or less despite their much smaller Edition Sizes. 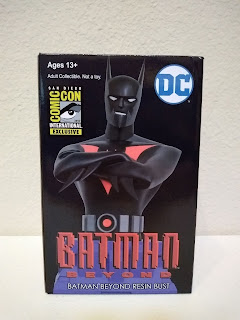 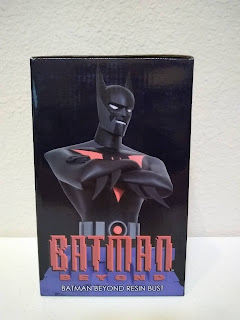 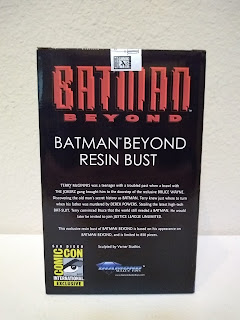 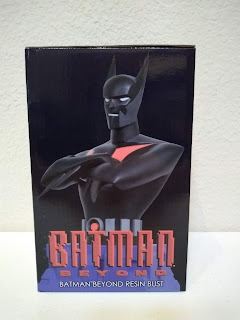 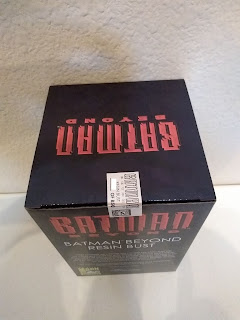 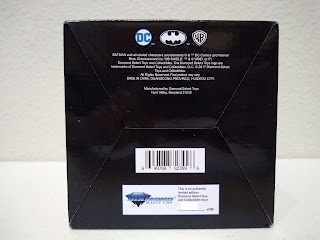 Like the other Timmverse busts, this one includes a Certificate of Authenticity.  The bust comes in one piece, no assembly required.  Be very careful when you remove the Styrofoam brick from the box; my bust was placed upside-down in the box. 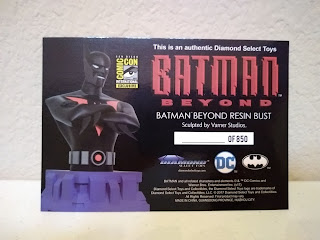 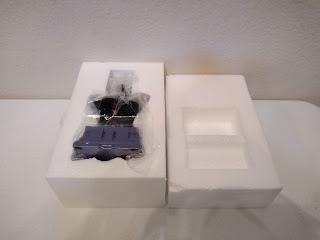 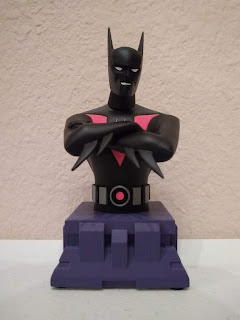 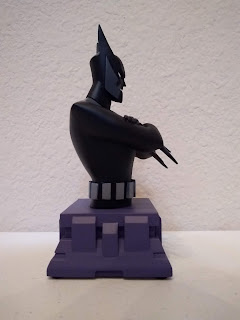 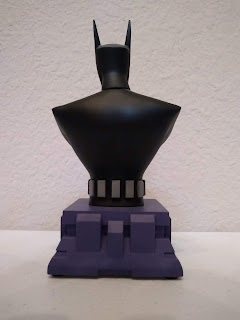 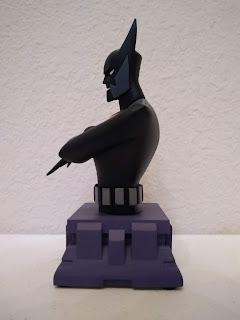 Be even MORE careful when you cut the tape holding the two Styrofoam halves together and remove the bust from the plastic bag.  You don't want to break the bat-ears or gauntlet fins before you've had a chance to display and enjoy this piece. 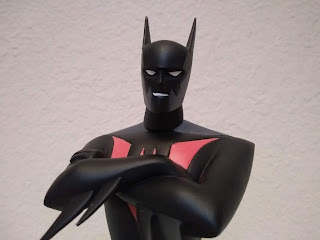 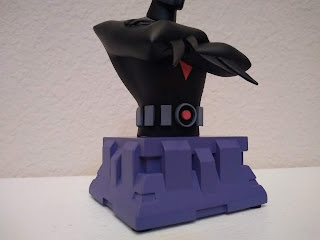 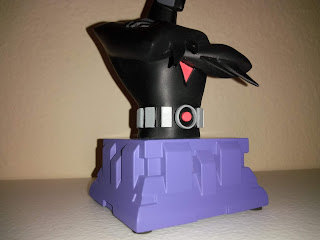 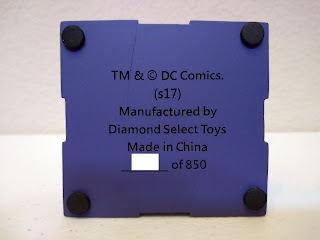 The casting looks clean.  There are a few stray black paint marks on the grey pouches, though you can remove them by gently scraping them with a knife. 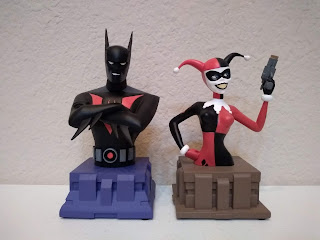 Note: After I wrote this review, I watched Batman Beyond: Return of the Joker.  That's when I realized that the masked bust is actually based on a pose from near the beginning of the movie! 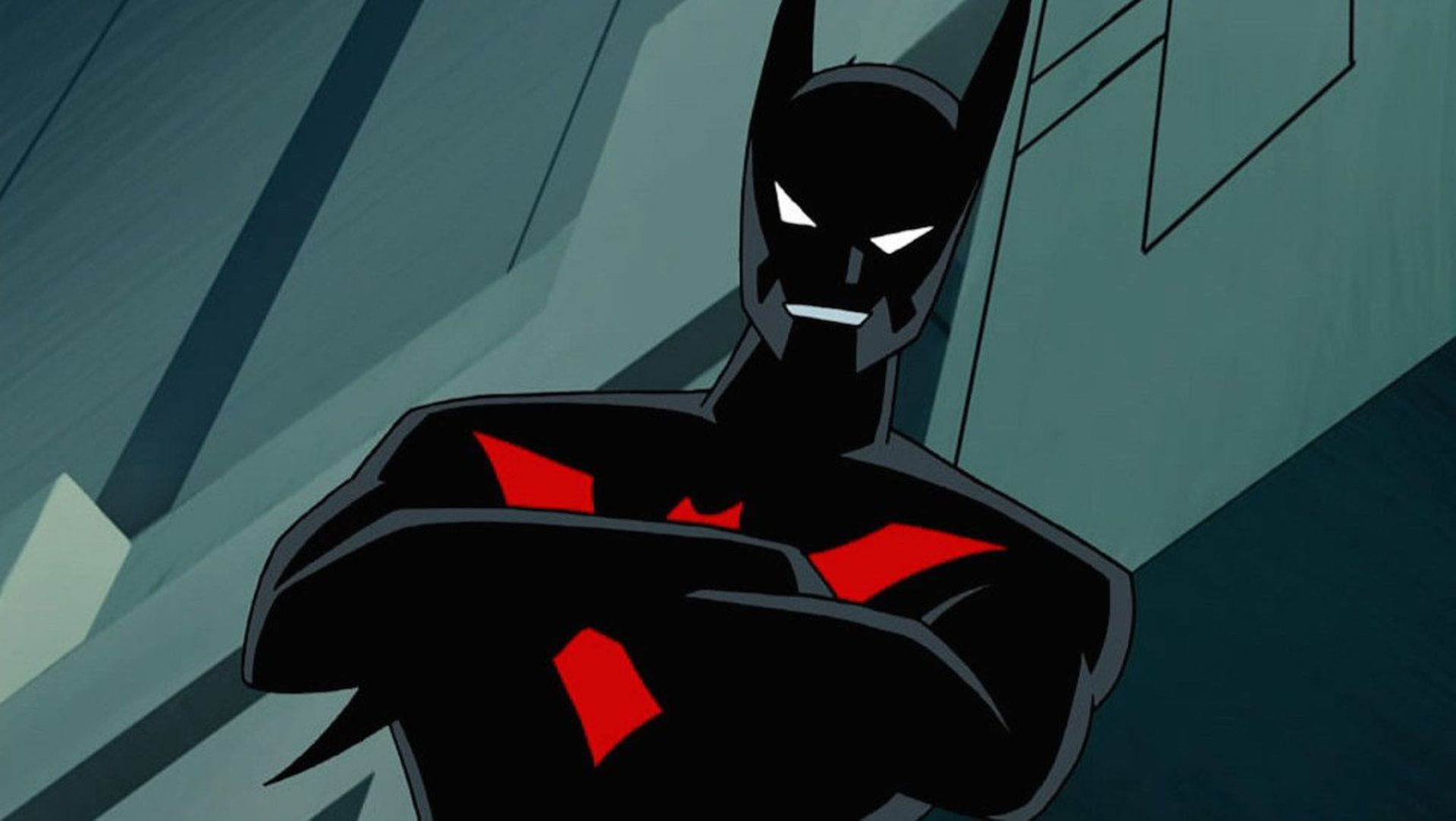 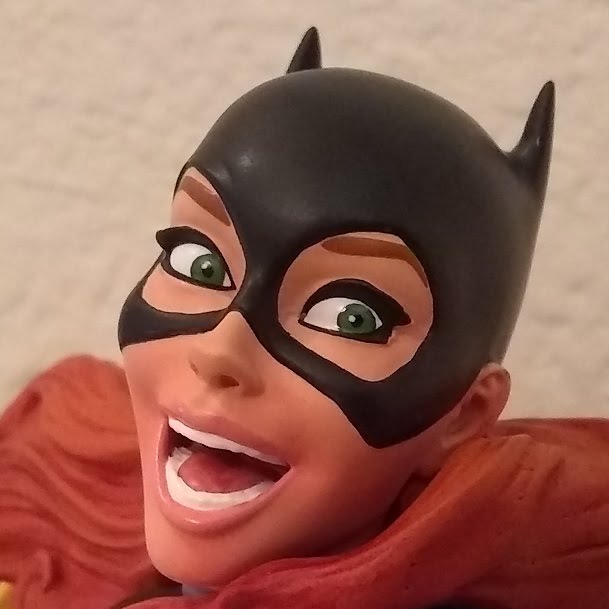